Guaymas
Dia de los Muertos
We celebrated Dia de los Muertos in Guaymas.  We got to see 2 days worth of parades and celebration events.  Lots of painted faces and good food.  There was a very large table full of bread in the shape of a cross. It was the Pan de Muerto (Bread of the Dead).  Bread that was blessed and then to be shared during the picnic at the gravesite or alter of the deceased. 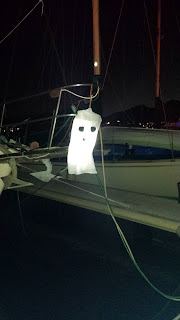 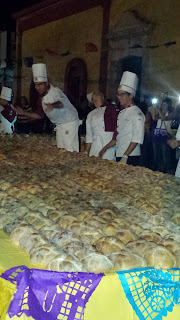 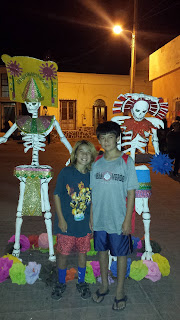 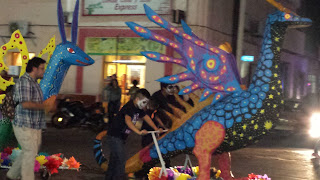 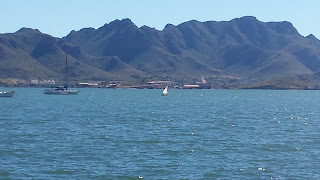 Noah and Jayden sailing the El Toro at the Guaymas marina

We enjoyed James Bond Movie Night in Guaymas with Phil, Debra and Ethan from Coastal Drifter, Alex, Paolo, and Raquel from Pesto and Frans, Sylvia, Dylan and Jayden from Sang Vind.  The kids also had a great Minecraft party at Coastal Drifter's rental house in San Carlos.  The kids got to meet new kids and have some quality Minecraft battles. 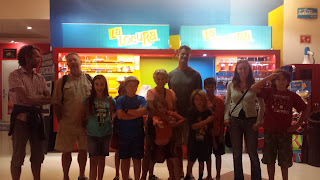 Heading down to Puerto Vallarta
We decided it was time to leave Guaymas/San Carlos area and start the trek down toward Puerto Vallarta.  We have seen quite a bit of the Baja coast side and now want to see the mainland Mexico side of the Sea of Cortez.  We left San Carlos and not even 25 minutes out of the bay, we hit a squall. It was blowing at least 35-40 mph.   It was scary, but we were able to get the jib back in and reef the mainsail.  We caught up with another boat, Gitana, after we anchored that evening in Punta Lobos, about 65 miles south of San Carlos.  Gitana told us they lost their jib and broke their windlass.  We felt pretty lucky as we did not break anything.

We sailed another 65 miles the next day and anchored in Bahia Santa Barbara, outside of Puerto Yavaros.  We really wanted to see that port, but were not there at the right tide time to make it in and did not want to spend another day there to get in.

Topolobampo
We made our way to Topolobampo and anchored off  the entrance of the bay the first night as it was really windy about 22 mph and did not want to come into the harbor at night.  The next day, we made it to the marina and saw Gitana and another boat, a catamaran, Hooroo.   Hooroo mentioned they took the train to the Copper Canyon and we said that we had wanted to do that, also.

We toured Topolobampo, a very small town, but has Ohuira Bay which has lots of coves, islands and river inlets.  There a quite a few river pangas to provide tours of the Bay.

Barranca de Cobre, Copper Canyon, is Mexico's Grand Canyon, but four times bigger!  It is beautiful and breathtaking.  The train ride up there is also quite an adventure.  You get to see a lot of very small towns in the State of Sinaloa to Chihuahua.   The railroad itself is 656 km long from Los Mochis (almost the Pacific coast) to Chihuahua, the central high plains.  It was a great adventure off the boat.

We stayed in the town of Posada Barranca and visited the Canyon and the Adventure Park that has a cable car and a few ziplines. 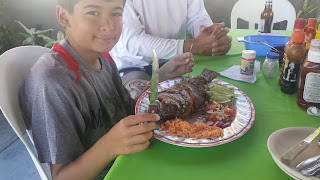 Restaurant in Topolobampo
Horatio ordered the Pargo (snapper) and it showed up whole! 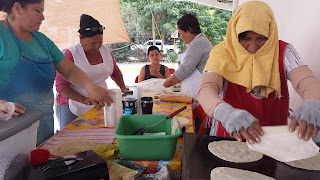 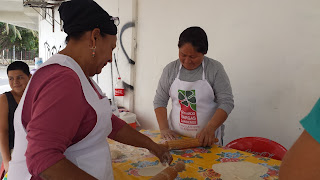 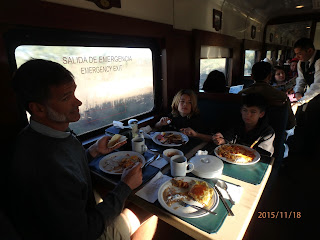 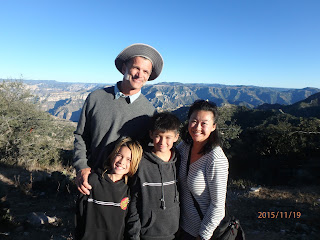 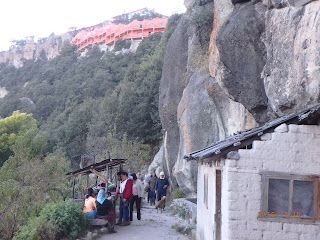 Hiking the canyon with a view of the Mirador Hotel above 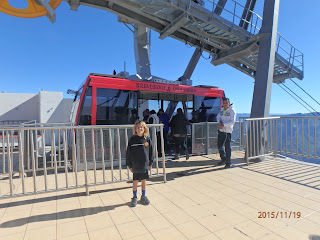 Noah in front of the Teleferico (cable car) 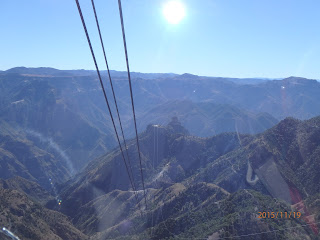 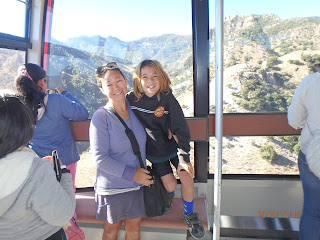 Miriam and Noah on the cable car 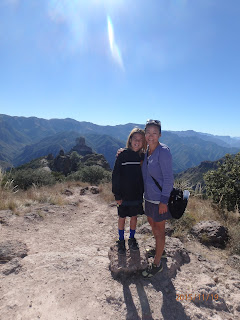 Miriam and Noah at the cable car stop 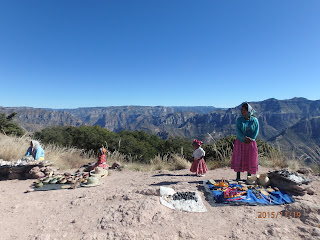 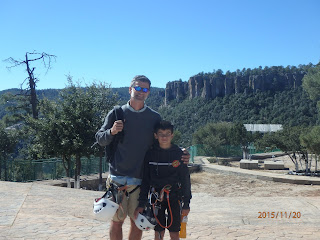 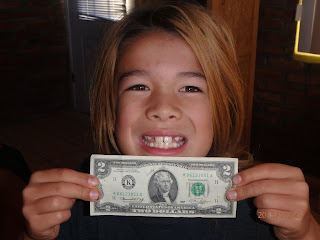 Noah lost a tooth while in Topolobampo and the Tooth Fairy left him a two dollar bill
Puerto Altata
We left Topolobampo and made our way to another small town called Puerto Altata.  It is about 40 minutes west of Culiacan, the capitol of Sinaloa. We were only planning on staying one night at anchor, but got news of Hurricane Sandra and decided to stay until the hurricane passed and then make our way to Mazatlan. They just finished building a marina here last year.  It was empty except for us!  There are two other boats in the marina, but belong to local Culiacan residents.  The marina here is brand new, so it is very clean and has nice amenities.  The restrooms are clean and the showers are very modern.  The laundry is free and the restaurant serves great food.  The only downside is that it is very close to the mangroves, so there are lots of Jejenes (no see-um) bugs.  They are tiny black bugs that bite and leave mosquito like marks.   Overall, this is a very nice surprise of a marina.
With the storm, so far, we have only seen about 20 mph winds, thank goodness, but supposedly the remnants of the storm will not pass until tomorrow.  After that, we will plan on leaving for Mazatlan. 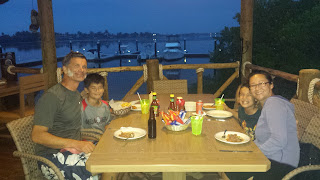 Thanksgiving dinner at the restaurant in the marina 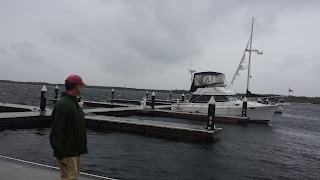 Geoff checking on another boat that had already seen a storm,
during the now downgraded tropical storm 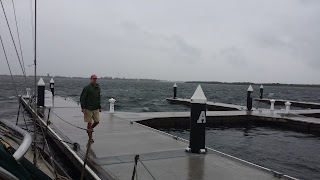 Geoff on the dock during the storm. 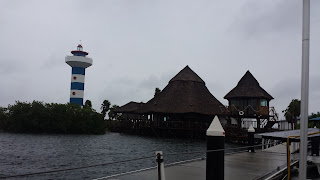 View of the marina restaurant and lighthouse from our boat.