We decided not to cross over to Guaymas as Hurricane Blanca was heading our way, so we stayed at the marina in Santa Rosalia.  It was our first hurricane event on Enough.  We shared the experience with s/v Makai.  We heard it was going to be over 65 knots, so we doubled up on the dock lines and waited for it to show up.  We heard the winds were bad in some locations in the Sea, but the highest winds we experienced were about 35 knots.  We did get about 10 inches of rain, though.   It rained for about 8 hours straight.  It made a real mess of the town as we noticed anything loose in town, had washed into the sea. 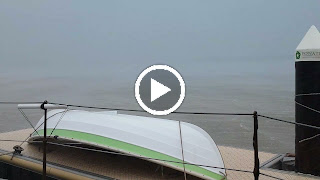 July 2015 - Guaymas
We made our way over to Guaymas the next day and hit a spot in the crossing that Horatio called Mahi Mania!  We caught 4 Mahi Mahi in row.  It was crazy and exciting! 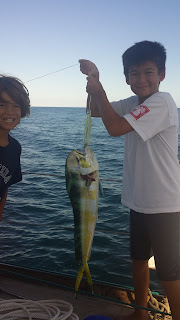 We hauled our boat at Gabriel's (Marina Seca Guaymas) so Geoff could paint the bottom and then put her back in the water.  Geoff worked on the boat while Miriam took the kids to New Mexico to visit her sister and mom.  Geoff worked so hard on the bottom and topsides of the boat in the extremely hot weather.  Geoff thought the community at the boatyard was quite interesting, but also very friendly.  He also got a visit from a scorpion in one of his shoes!  He didn't sleep much as the heat was very hard to work and sleep in. 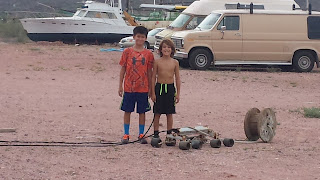 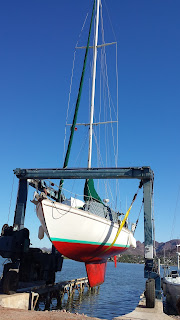 Enough being hauled out. (of course we didn't get a picture of her going back in!!) 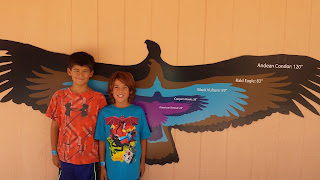 At the Albuquerque Zoo

We launched the boat and docked over at the Fonatur in Guaymas while we were getting our boat together for travel down toward La Paz.  As we were heading toward the marina, the painter on the dinghy got caught in the propeller.  Geoff had to dive into the not so clean bay and untangle the line and then bail out the water as the dinghy was pulled into the water.  Not a lot of fun! 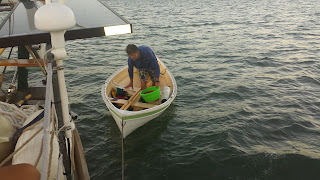 Bailing water from the dinghy 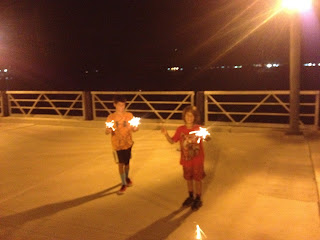 Celebrating 4th of July at the Marina in Guaymas


We knew the weather was too hot to stay in so we thought maybe heading to Hawaii might be better. After we started our travel toward La Paz, we decided that rushing into the hurricane belt would not be safe and turned around and headed back to Guaymas.  After a few weeks or so of very miserably hot weather and hot sea temperatures, we decided to get off our boat and head to cooler weather.